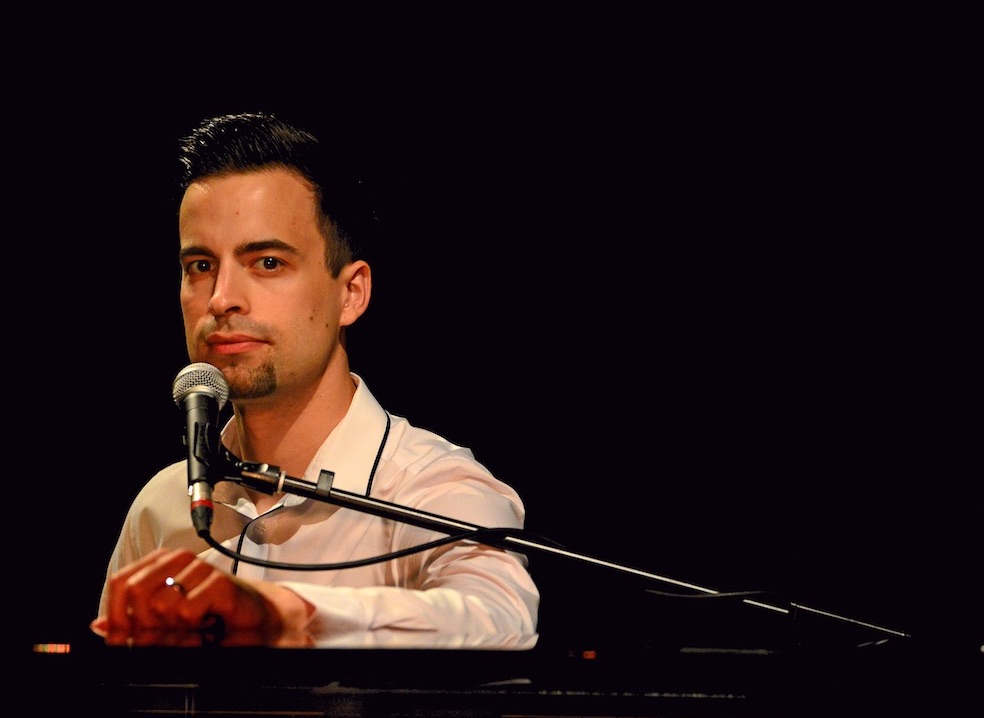 An accomplished pianist, singer, bandleader and songwriter, Tom Lindsay blends exciting musicianship with an easy charm. A performer whose enjoyment is plain for all to see, Tom's style and lyrical wit is as important as his smooth vocals and piano playing that honours the jazz greats.

Launched in 2019, Tom's debut album Now's The Time showcases celebrated jazz classics alongside many of Tom's own songs. His writing, arranging and orchestration show a deep appreciation of the legendary jazz composers, while some more modern influences help capture a fresh, feel-good energy that his audiences experience in live performance.

Tom's love affair with music began as he was found bashing piano keys at the age of three. He is now an experienced performer, playing all over the country with his own groups and the 18-piece State 51 Swing Orchestra. Highlights include jazz festivals in Montreux and Bologna, and a series of events for A-Listers including Arnold Schwarzenegger and Robert De Niro.

Pianists such as Keith Jarrett and Bill Evans are strong influences in Tom's music alongside key vocal heroes such as Kurt Elling and Diana Krall, while funkier bands such as Jamiroquai, Snarky Puppy and Vulpeck also feature heavily in his record collection.

Education forms an important part of Tom's career, and he teaches individuals and groups at Warwick School, Kings High School Warwick and The University of Warwick, along with a small number of private pupils. Teaching highlights include leading school and university bands to top National Concert Band Festival awards.